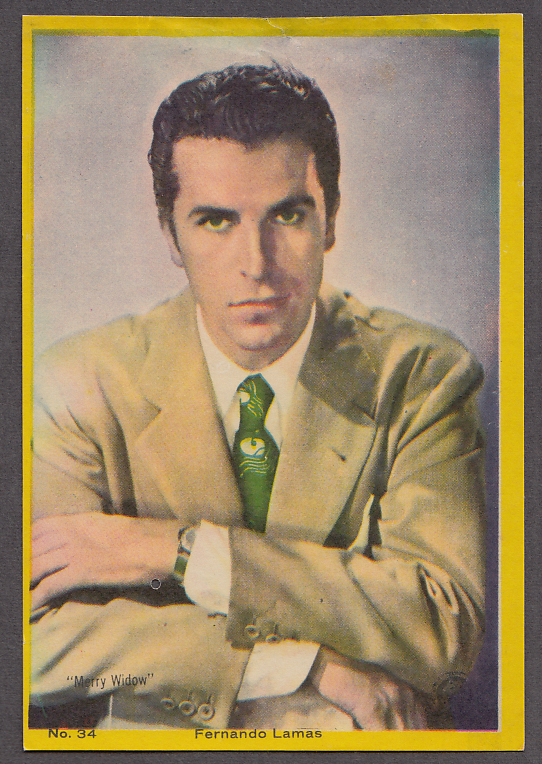 Hole to left of watch. Slight wrinkle top margin. 3 1/2 x 5" color paper picture of the stated star. [Same size as a standard postcard]. Removed at some time or other from an album entitled "Album de Oro del Cine Mundial", made in Argentina by Homenaje al Septimo Arte, in 1959. This is a paper item, with the evidence of its removal from being stuck along the top reverse edge with mucilage. Varying levels of remnants. Front is as shown, very good or better. Flaws such as creases noted. Some of these show a 1/16" diameter hole, as if some bookworm had made its way from page 1 to page 100. If this one has such a hole, we will note it.