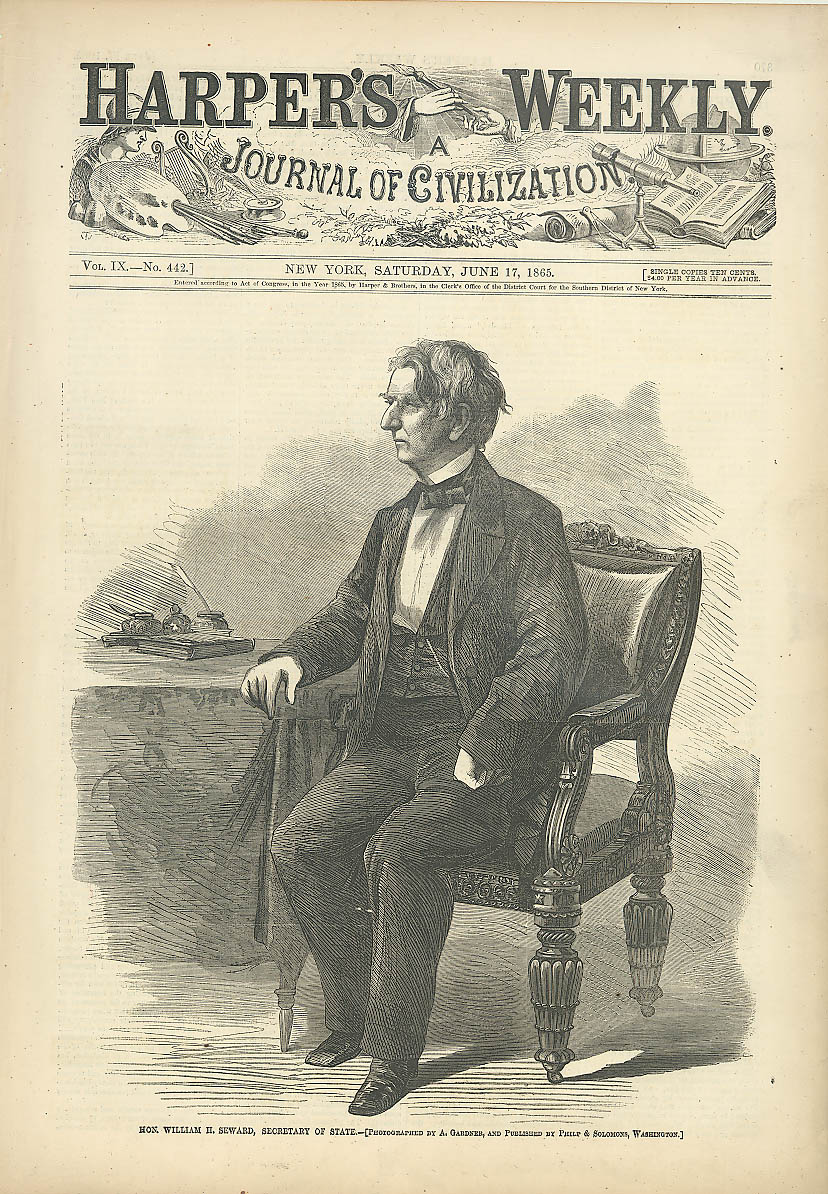 "Photographed by A Gardner, published by Philip & Solomons, Washington". Cover only of issue of 6/17/1865.