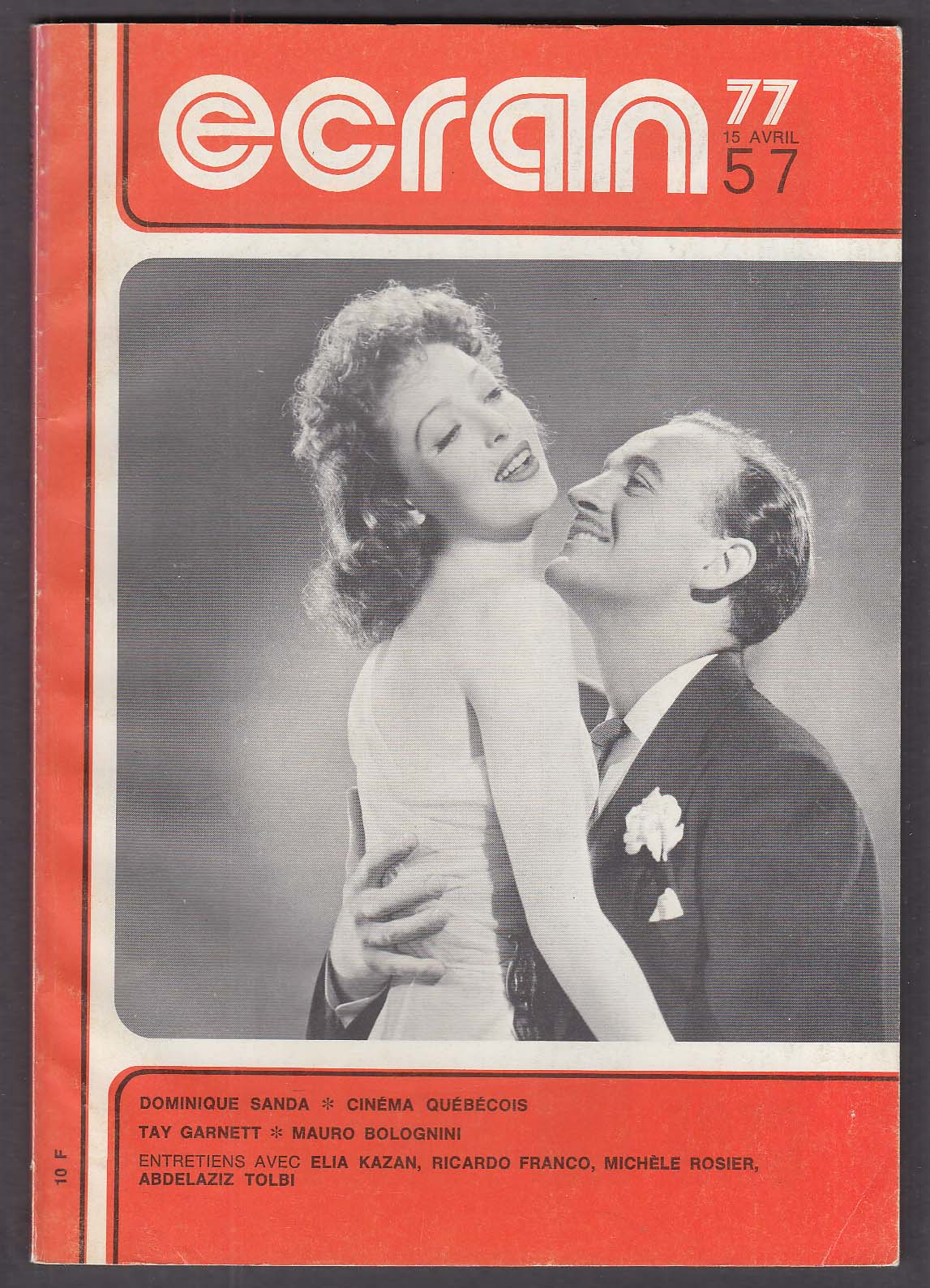 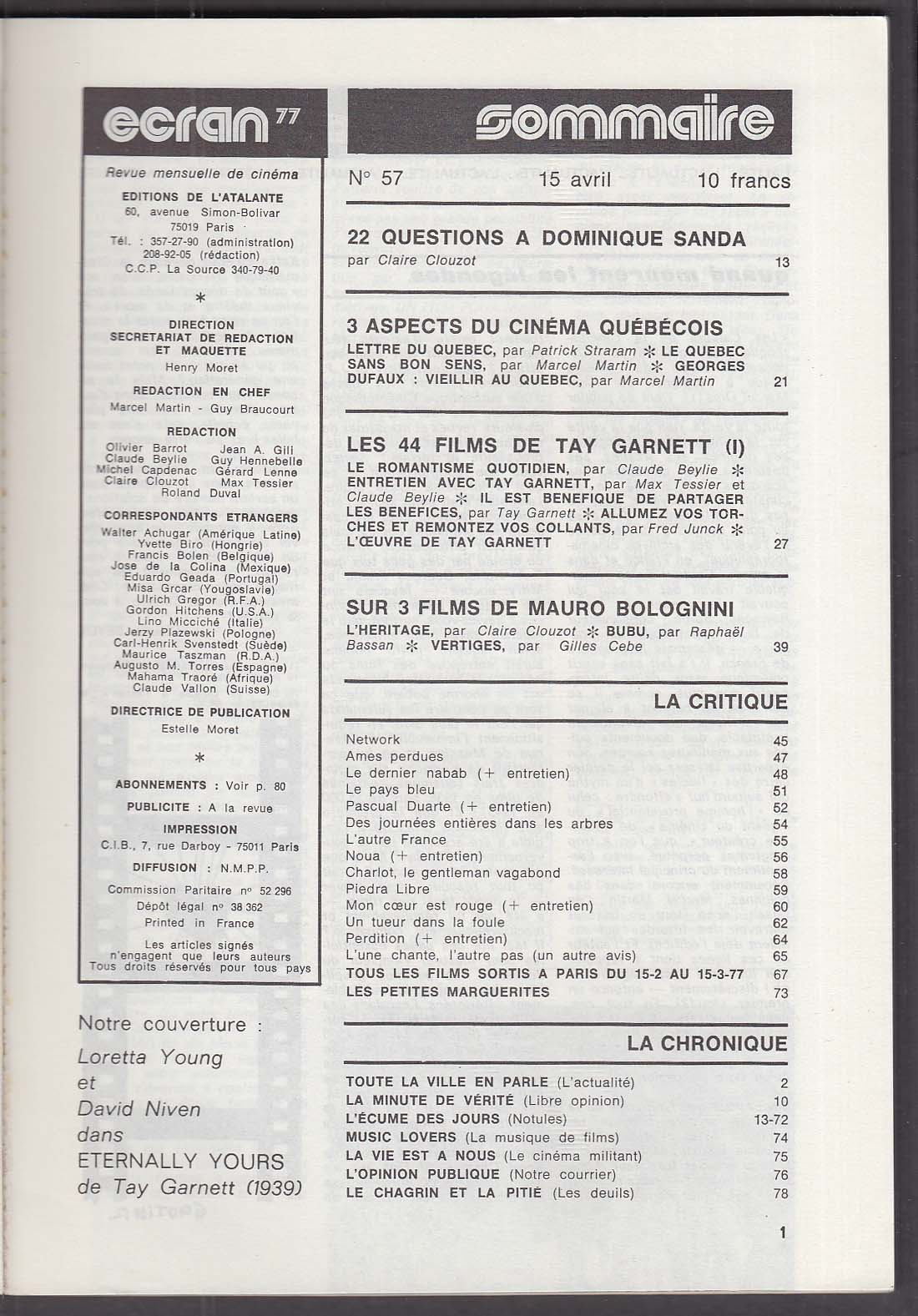 Cover: David Niven, Loretta Young in Tay Garnett's "Eternally Yours". Also Bolognini, Kazan, etc. French-language film magazine. Your French would be helpful, but these are heavily illustrated magazines with lots of stills. Item is complete. VG or better condition. Flaws and defects noted if they are present: none noted = none present.